If anyone was going to find the elusive monkey with gold-colored legs, it would be Laura Marsh. She’s the director of the Global Conservation Institute and one of the world’s leading experts on saki monkeys, a New World species that can be found throughout the Amazon and parts of South America.

In 2014, Marsh identified five new species of saki, also referred to as “flying monkeys,” living elusively in the region. Earlier this summer, she set out to find one elusive species in particular. The Vanzolini bald-faced saki, named for Brazilian zoologist Paulo Vanzolini (its scientific name is Pithecia vanzolinii). The monkey hadn’t been seen alive in 80 years.

To find the missing monkey, Marsh and a team of scientists, photographers, conservationists, and local guides set out on a four-month-long expedition into a little-explored part of the western Amazon. They set sail in a small, two-story houseboat and headed up the Eiru River, near Brazil’s Peruvian border.

The team intended to document and explore the biodiverse landscape, but one mission remained at the forefront—find the Vanzolini saki. When Marsh first saw the monkey after years of anticipation, she burst into tears.

“It was fantastic,” she said in a phone interview with National Geographic. “I was trembling and so excited I could barely take a picture.”

Marsh has spent years researching the taxonomic structure of the Pithecia group of saki monkeys, but until now, she lacked any photographic evidence of the monkey, which she says is distinguishable from other species by its unique physical appearance. The first account of Vanzolini sakis was from 1936 when Ecuadorian naturalist Alfonso Ollala set out on an expedition through the area. They were seen again in 1956 during an expedition that also collected dead specimens.

The region itself is little studied. Deep in the Amazon, animal surveys are difficult and expensive there.

Calling themselves the Houseboat Amazon team, the expedition worked extensively with locals to navigate the region and find the monkeys. Journalist Christina Selby accompanied the team during the river expedition and wrote about the trip for environmental publication bioGraphic and Mongabay. It was on day four, she wrote, that the boat idled quietly through the river and saw the easily distinguished monkey running through the trees.

Vanzolini saki monkeys lack the prehensile tails of other monkey species that allow them to easily swing through trees. Marsh describes the sakis as appearing more like cats, running on all four across thin branches. Near villages where they’re hunted, they shyly peak under their mop of hair at visitors, but in more remote regions, they curiously approach people floating down the river. When threatened, males have been observed running away from a mother and baby saki, hoping potential predators will follow him and allowing the others to escape.

The research team found that Vanzolini sakis were living throughout the watershed. Eventually, Marsh will determine for the International Union for the Conservation of Nature how they should label the monkey’s population status. The union tracks animal populations and brings awareness to the threats facing endangered species.

Marsh says she’ll likely recommend the Vanzolini sakis be classified as threatened, but that status all depends on how rapidly hunting continues in this region. The Houseboat Amazon team is happy to have found the monkey, she adds, but for all the preparation and anticipation, they were shocked to have found it so quickly.

“Initially we set out to find this lost species,” she says, but that became a smaller piece of the picture they saw during the expedition.

“I have never seen people constantly with guns,” Marsh said. “Fishing and hunting in every little corner. Large birds were rare. Forest birds were gone…. All of the Amazon is not homogeneous. Our little corner has special animals and new species.”

Marsh’s account of the region aligns with an unassailable fact—development in the Amazon is growing, and rapidly. Development projects and repopulation efforts to relieve pressure on cities have resulted in massive growth. Data from Brazil’s last census in 2010 found that 10 Amazonian cities had doubled in size over the past 10 years. Although the country has put in place measures to curb logging, enforcement can be a challenge. The Amazon rainforest contains 10 percent of the world’s known biodiversity, making it a high priority for protection among conservationists.

Later this month, the monkey’s discovery will be published in the journal Oryx. The most noticeable distinction the Vanzolini has from other saki species, says Marsh, is its unique appearance, but more work still needs to be done to understand the creature’s genetic differences. 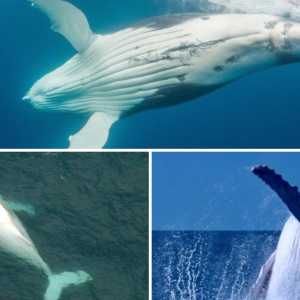 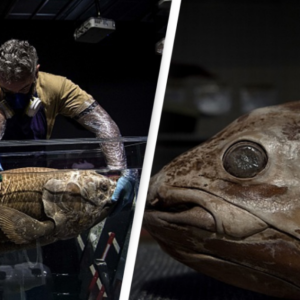 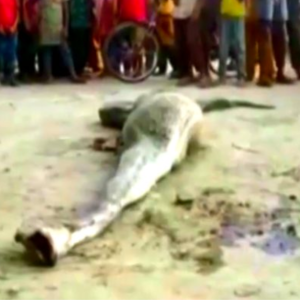 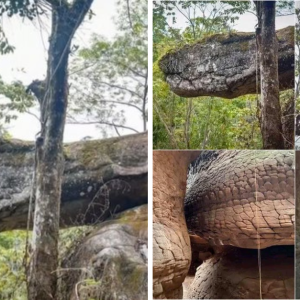 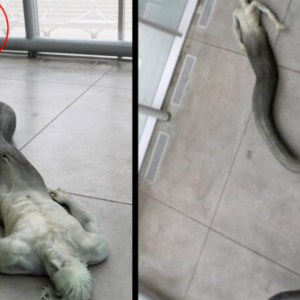 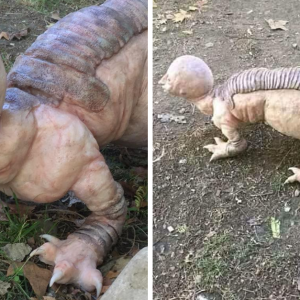